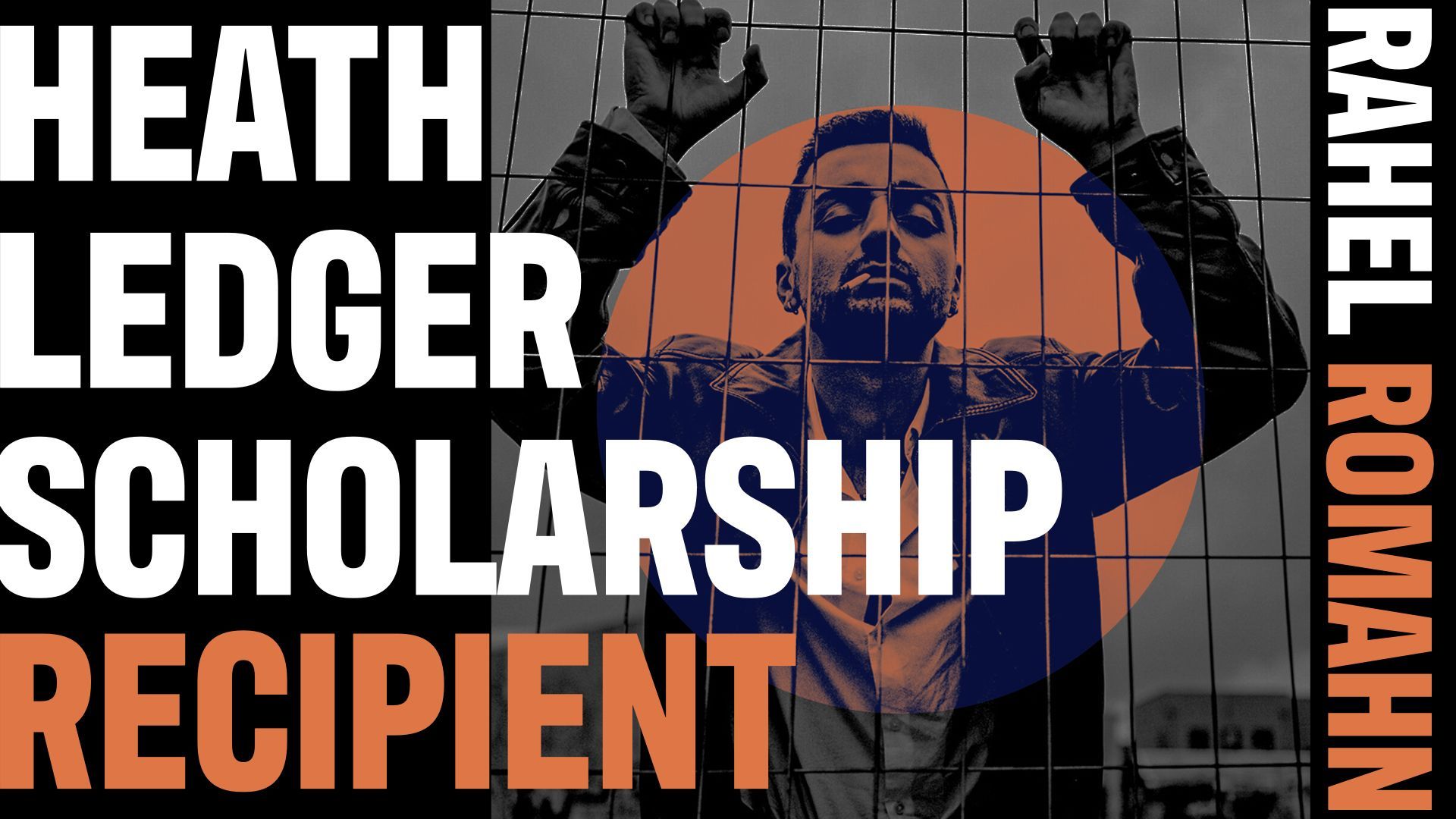 After an unprecedent number of applications from across Australia, Rahel Romahn has been named as the 11th recipient of the prestigious and highly-coveted Heath Ledger Scholarship, the richest acting prize in Australia. He joins a growing list of Australian actors whose international careers have been launched on the back of winning of the scholarship

Rahel most recently starred in the highly anticipated series Shantaram, as well as Mr InBetween and Little Monsters. He was nominated for an AACTA and Logie award for his role in The Principal.  He is based in Sydney and does not, as yet, have US representation.

Jacki Weaver said: “The calibre of this year's finalists made our job as judges very difficult. We were moved and entertained by their performances and know that they all have a big career ahead of them. There can only be one winner and we are proud and excited to award Rahel with this scholarship. He embodies the qualities of excellence in acting combined with the passion and dedication to excel on the world stage. I wish him every success and can't wait to work with him!”

Rahel was born in Kurdistan, North Iraq at the peak of Saddam Hussein's brutal genocide of Kurdish people. Rahel and his parents fled Kurdistan and lived as nomadic asylum seekers for years until they were finally accepted into Australia. Since then, Rahel has found his love for the craft of acting and has worked tirelessly on his career in film, television and theatre. His other credits include Here Out West, God's Favourite Idiot, Australian Gangster, Ali's Wedding and the stage play 7 for the Sydney Theater Company.

Rahel said today: “Throughout my life, I have learnt a lot from the leaders of the craft of acting. From Heath I learned the power of vulnerability, the importance of bravery and the necessity of supporting the ones around you. These are extremely vital aspects to being a performer in our industry.”

“I want to highlight the importance of inclusivity. I am so proud of our industry for putting diversity at the top of our priority list. Leading by example and creating a safe haven for people of colour, the LGBTQI+ and gender diverse community. It is so simple, we are all human and deserve to be treated with respect and safety. Discrimination has gone on long enough and I believe we are getting closer and closer to becoming one big family who finally accept and learn to understand and love one another.”

The Heath Ledger Scholarship is awarded to an emerging Australian actor with extraordinary ability and dedication to their craft who wishes to work and train internationally. The scholarship has propelled many previous recipients into international careers including Bella Heathcote (Pieces of Her), Cody Fern (American Horror Story), Ashleigh Cummings (Citadel), Mojean Aria (The Enforcer) and Charmaine Bingwa (The Good Fight).

Charmaine Bingwa, who announced Rahel today, said: “It's never lost on me, for one moment, what a rich bounty the Heath Ledger Scholarship has brought me. It was one of the most beautifully transformative experiences. In a short space of time it put me on the path to working with world-class talents on world-class projects. I am forever grateful to Heath, his remarkable legacy and his benevolent family. I'm thrilled for the next recipient and the incredible opportunities that lie before them.

WATCH THIS YEAR'S CEREMONY BELOW!

The Heath Ledger Scholarship is awarded to an emerging Australian actor who demonstrates extraordinary ability and dedication to their craft and has international aspirations in their career and or training.

“The Heath Ledger Scholarship was vastly transformative for me. It is professionally catapulting and personally enriching. I'm so grateful for Heath's legacy of creative brilliance and personal generosity that continues to open doors for Australian talent.”

2021 marks the 11th year the Heath Ledger Scholarship is running. Our past recipients have all been recognised globally for their achievements.

AiF are strongly encouraging applications from under-represented members of the Australian acting community to apply.

In light of the global pandemic, HLS2021 will be run virtually online, giving access to the scholarship to even more applicants than ever before.